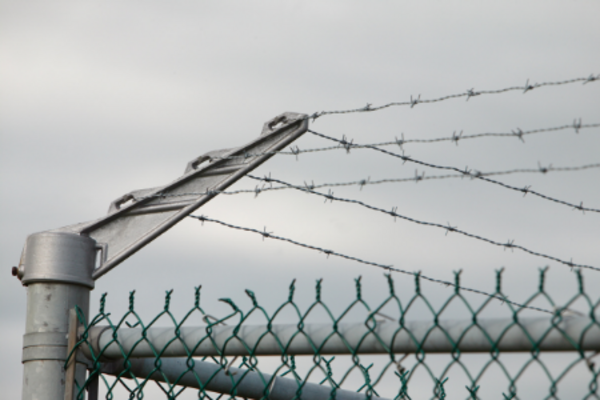 No way out: Asylum accommodation & bail

This Refugee Week we highlight the hardships faced by asylum seekers and refused asylum seekers whose release is ordered by the courts, but are unable to get out of detention simply because they have no address where they can live.

Many of our clients who are asylum seekers or refused asylum seekers are homeless and don’t have access to a release address. They have to apply for asylum support accommodation, but before doing so they have to apply for, and be granted, bail in principle (or conditional bail with a residence condition). Those who apply for asylum support without a grant of bail are often told by the Home Office that they are ineligible for asylum support because they are not destitute. These refusal decisions generally use the same stock phrase: “I note that you are in an Immigration Removal Centre. I am therefore satisfied that your essential living needs, including accommodation, are being met in full. Your application is therefore refused.”

Therefore it is necessary to secure a grant of bail in principle before applying for asylum support. This entails gathering evidence of destitution from within detention and submitting a complex 35-page application that requires applicants to make legal arguments about their entitlement to accommodation. There is no immigration legal aid available for this work, so those detainees who cannot afford legal help or access pro-bono assistance are forced to complete the applications themselves. The form must be submitted to the Home Office (via Migrant Help) and the applicant normally has to wait a few weeks for a decision. Even if a decision is made to grant a person accommodation it may be necessary to make a fresh bail application. This is because grants of bail in principle are usually time-limited, and expire if accommodation has not been found within a specified period, usually 14 or 28 days.

The total number of additional detention days, for the 46 individuals granted bail in principle was 4,379[1]. The average ‘additional days’ and delay resulting in a person’s extended detention was 95.2 days per person.

Therefore, an asylum seeker or refused asylum seeker who has been granted bail in principle and who has applied for asylum support can expect to wait around 3 months before they are released.

How it feels to our clients

It is very difficult to overstate the frustration and suffering our clients undergo when they are finally granted bail by an immigration judge, but forced to languish in detention for months. Imagine if you had been placed in immigration detention, knowing that you are going to be held for an indefinite period, and that you may be released back into the community in the UK or removed. You are imprisoned for months. The right to apply for bail provides a glimmer of hope, and you put your efforts into preparing a bail hearing. At the hearing you succeed and the judge grants you bail. However, because you are homeless you are told that you cannot be released until the Home Office – the same authority that opposed your release – sources accommodation for you. This may take many months. Your successful bail hearing, which should have been cause for relief or even celebration, becomes a new source of anguish as the end of detention seems to shrink further from view.

Many of the people we represent are made to go through this ordeal and feel increasingly frustrated and hopeless with each day that passes after they are granted bail and not released. We are unable to provide meaningful reassurance or guidance to our clients on how long they are going to be held, and there is very little that BID or the tribunal can do to speed up the process.

Despite the fact every person in the UK has the right to liberty, or the fact that immigration detainees are not being held as  part of a criminal sentence, decisions of independent immigration judges to grant bail are effectively being avoided. The government’s inaction enables it to avoid releasing people whose bail has been ordered by the courts but whose release it opposes. The government blames sub-contractors for failures to source accommodation. But it is in fact the government’s responsibility to source such accommodation to enable the fulfilment of a court’s order to grant release on bail.

This dysfunctional system is also costly to the taxpayer. It is expensive to pointlessly extend immigration detention, at an average cost of £96.66 per day. Moreover, the only way of expediting  the process of finding accommodation in many cases is to refer cases to public law solicitors so that they can challenge the government’s delays and failure to find accommodation, leading to claims of unlawful detention. This creates additional expense and administrative burden on the courts,  and leads to additional sums being paid out in unlawful detention cases (the Home Office paid out £15.1 million in the last two years in compensation to 584 people it had detained unlawfully[2]).

[1] This figure is an under-estimate, because among those 46 cases there are 7 cases where we closed the file before the was released from detention, relying instead on the last date at which we were aware that they were in detention.
[2] Page 118 Home Office Annual Report And Accounts 2019-20 https://assets.publishing.service.gov.uk/government/uploads/system/uploads/attachment_data/file/902593/HO_Annual_Report_and_Accounts_2019-20_FINAL.pdf