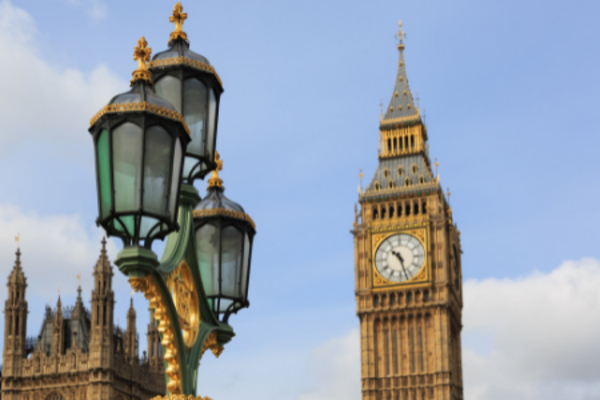 Organisations across the UK defend The Human Rights Act

BID volunteer Sigrid Corry reviews responses to the Independent Review of the Human Rights Act.
6 May 2021
Policy and Research

On 13th of January 2021 the government launched its Independent Review of the Human Rights Act. The review was widely seen as an attempt to weaken an Act that has been attacked by both previous Conservative prime ministers. However, our review of the 95 organisational responses to the review found that there was overwhelming support for the Act, with only 4 submissions that were critical. It is a vital tool for upholding and protecting the rights of marginalised groups in the UK and must be defended.

The Human Rights Act 1998 (HRA) ensures that the rights set out in the European Convention on Human Rights (ECHR) are enshrined in UK law and can be adjudicated by UK courts if these rights are breached.

150 groups and individuals from across the UK responded to the public ‘Call for Evidence’ as part of the review. The 95 submissions by organisations overwhelmingly maintain that the HRA is working well and that amendments to its current form would constitute a weakening of human rights protections in the UK.

Reponses evidence the integral role of the HRA in the work of organisations seeking to protect the rights of marginalised groups, from women, ethnic minorities, LGBTQ+ people, to survivors of torture, domestic and sexual violence. The HRA is a vital tool for giving the promise of human rights an enforceable reality in the UK, and a central mechanism through which individuals can access justice.

Who thinks the HRA should be amended or repealed?

Only four of the 95 organisations were critical of the working of the HRA. Amongst these, the National Police Chief’s Council and Metropolitan Police expressed their concern that taking account of Strasbourg legislation as demanded by the HRA means overriding attention to domestic circumstance and that “insufficient recognition is being paid” by domestic courts, to the “necessary requirements of operational policing.”

The centre-right think tank Policy Exchange argues that there is a strong case for repealing the HRA altogether, arguing that it gives rise to constitutional problems and draws courts too far into political decisions. They also argue that membership of the European Convention of Human Rights is “not necessary for the UK to protect human rights'' pointing to a “robust” tradition of human rights protections in the UK.

Christian charity CARE and anti-euthanasia campaign Care Not Killing criticise the HRA for involving domestic courts in “highly sensitive ethical issues” that are best left to Parliament to decide, such as assisted suicide and abortion.

Why is this review worrying?

Many organisations expressed concern about the intentions and scope of the review itself. The review misses the opportunity to examine how effectively human rights are being protected, and what more could be done to ensure the rights of the most vulnerable. Its narrow focus on particular constitutional and judicial relations is, for many, indicative of a government view to limit judicial channels of scrutiny and human rights protection.  At times the review asked leading questions seemingly designed to elicit a response in favour of weakening the act – such as ‘whether courts have been drawn unduly into matters of policy’.

Immigration Law Practitioners Association (ILPA) point to the concerning lack of evidence to support proposed changes, citing the Ministry of Justice’s “perception”, rather than evidential basis, that the HRA has meant the involvement of courts in policy as well as law. ILPA points out that “any such perception is completely inaccurate” and as such “a matter of enormous concern” that a review is launched on such grounds.

Liberty express their “deep concern” that the proposals the review is considering will limit the ability of the courts to take action when human rights violations occur and “significantly impede individuals’ ability to hold the state to account”. Protecting the HRA is a “necessary step towards strengthening our human rights frameworks''. Like many others, Liberty points out that the HRA has been carefully constructed in a way that upholds parliamentary sovereignty, independence of domestic courts, while fostering international judicial dialogue.

Southall Black Sisters, an organisation which works to protect the rights of Black and Minority Ethnic women, similarly express “deep concern” at the scope of the review itself. They describe the HRA as a “vital legal tool” for challenging power, which “must not be diluted to serve the interests of the government of the day”. They urge that the review must not be used to undermine the Act.

BID’s own response stated that any changes to the existing framework would ‘risk upsetting a delicate balance’ between ‘the domestic authorities and the European Court of Human Rights on the one hand, and of parliament, the executive and the judiciary on the other’.

The government's hostility to the HRA does not stand alone. Its Independent Review of Administrative Law of July 2020 simultaneously considers ways to reform the process of Judicial Review, with a view to reducing the ability of individuals and organisations to hold the government to account. At the same time, the government’s Policing, Crime, Sentencing and Courts bill tramples on the right to protest at various points.  Taken together these proposals must be seen as part of a broader attempt to dismantle channels of accountability and place the government above scrutiny and even above the law.  In BID’s area of work these developments are highly concerning as Judicial Review and the HRA provide crucial mechanisms for challenging wrongful and unlawful detention and removal in the UK.

We are greatly encouraged by the strength of the response from civil society. A remarkably diverse range of organisations with experience and expertise on a very wide range of issues came out to defend the HRA. It is difficult to see how the government can dismantle the Act in the face of such strong and united opposition.