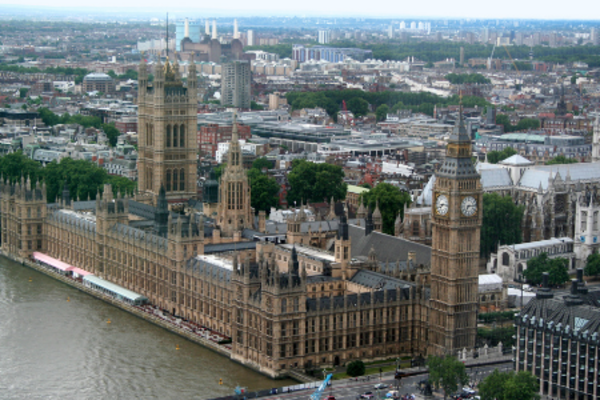 BID's briefing on the Policing Bill

Read our briefing on how the Police, Crime, Sentencing and Courts Bill will erode the rights of migrants.
18 Mar 2021

This briefing focuses on how the Police, Crime, Sentencing and Courts Bill will erode the rights of migrants. The truncated timetable for scrutinising the bill means these issues have not received sufficient attention.

Under section 81 of the bill, any irregular migrant in the UK[1] can be issued with a ‘diversionary’ caution for a minor offence[2] to which police can attach conditions requiring that person to leave the UK and not to return for ‘a period of time’. Those who do not comply with the conditions attached to a caution may face prosecution for the offence for which the caution was given.

These proposals require police officers to make enquiries to the Home Office about an individual’s immigration status to find out if they can be issued with a ‘foreign offenders’ caution’. Data-sharing arrangements between immigration enforcement and other institutions introduced under the Hostile Environment have previously been found to lead to discrimination[3]. We are concerned that ‘foreign offender cautions’ will lead to discriminatory policing as individual police officers will be required to make subjective decisions about who they consider may be a foreign national.

Foreign offender cautions are similar to ‘conditional cautions’ that were introduced under the Legal Aid, Sentencing and Punishment of Offenders Act (2012). There is very little transparency about the use of conditional cautions, which are used to ensure the departure of a foreign national from the UK – the Home Office refused to provide data in response to our Freedom of Information Request on the grounds that it “information can be withheld which relates to the apprehension and prosecution of offenders[4]”.

We are concerned that this type of conditional or diversionary caution involves a significant risk of bypassing due process, because people are unlikely to receive specialist immigration advice at a time when they are given the caution. Individuals may therefore agree to depart the UK as a condition of the caution unaware of the fact that they may have a right to remain in the UK.

Section 36 of the bill provides for immigration officers to be able to extract information stored on an electronic device. Although this power can only be used if the user of the device agrees to the extraction, it is not clear why this power should be conferred on immigration officers. We are deeply concerned about increasingly invasive forms of surveillance used to monitor irregular migrants, including the introduction of GPS tagging for people on immigration bail who are subject to deportation orders, which grants the authorities access to 24/7 real time location monitoring, tracking an individual’s every move[5]. These invasive modes of state surveillance are disproportionate and constitute a severe infringement on the right to privacy.

Locking more people up, for longer:

The bill creates new criminal offences, extends stop and search powers, and continues “the long legacy of inflationary sentencing proposals[6]”. This will only draw more people into the UK’s deportation system for increasingly minor offences.

Under the automatic deportation provisions introduced by the 2007 UK Borders Act, any foreign national receiving a 12-month custodial sentence will automatically be considered for deportation and given a deportation order (unless certain exceptions apply). This includes every foreign national including people who grew up in the UK or may even have been born here, or have families of their own that they will be separated from by deportation.

Numerous reports suggest that the upcoming Sovereign Borders Bill will seek to slash the automatic deportation threshold to six months. The UK’s deportation regime is already excessively harsh but the interaction of these two pieces of legislation will have devastating consequences those in the UK without British Citizenship, regardless of their length of residency and family ties to the UK.

Additionally this bill will disproportionately affect racialized communities in the UK by exacerbating well-documented racial biases in the criminal justice system[7]. A coalition of over 70 individuals and organisations has highlighted the fact that the bill will ‘sweep an increasing number of Black, Asian and minority ethnic people into the criminal justice system for ever-increasing periods of their lives ’; and that the government has acknowledged in its own equality assessment that the changes in sentencing will further increase racial disparity.

[1] Section 81 of the bill applies to anybody where “‘directions for whose removal from the UK have been, or may be, given under Schedule 2 to the Immigration Act 1971 or section 10 of the Immigration and Asylum Act 1999”. It also applies to people against whom a deportation order is in force.

[2] These fall under ‘diversionary cautions’ which will replace the existing ‘conditional cautions’ and it is envisaged these would be used for more minor offences. For more information see: Police, Crime, Sentencing and Courts Bill: Part 6, Cautions, House of Commons Library, 12 March 2021 page 16-21

[3] See, for example, R (Joint Council for the Welfare of Immigrants) v Secretary of State for the Home Department [2020] EWCA Civ 542

[6] Prison Reform Trust briefing for the second reading in the House of Commons on 15 March 2021 Link here.

[7] The Lammy Review: An independent review into the treatment of, and outcomes for, Black, Asian and Minority Ethnic individuals in the Criminal Justice System. Published September 2017