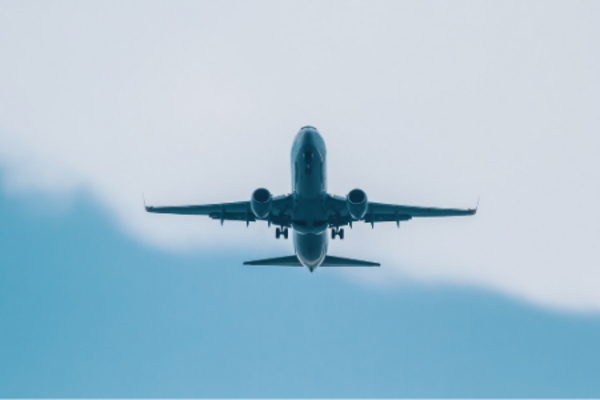 BID is seeking to learn more about how readmission agreements will fit into the UK’s post-Brexit deportation regime and how they might impact upon our clients. We asked Alice Troy-Donovan a BID volunteer, to carry out further research and highlight some concerns about this under-scrutinised aspect of immigration policy.

A central part of the UK’s post-Brexit removal system that needs to be scrutinised is the negotiation of readmission agreements. In recent years the UK and EU have increasingly made the provision of foreign aid dependent on cooperation with migration control measures, including the readmission of deportees.

In recent years the EU has pursued a politicised and conditional use of its development aid budgets to push for an ever-greater number of deportations to non-EU states. This drive has been reflected in both policy and practice, particularly since the establishment of the EU Migration Partnership Framework (2016) and the European Consensus on Development (2017). For the EU, a key aim has been the securing of “readmission agreements” with non-EU countries: that is, legal agreements that allow member states to deport migrants deemed to be illegally resident back to their ‘country of origin’.

Crucially, many of the states that have signed these agreements are also recipients of EU development aid spending. In recent years, aid spending in these countries has become a political lever to ensure non-EU states sign and comply with readmission agreements. Under a number of so-called ‘migration compacts’ established by a 2016 European Council, states may be rewarded or punished through the granting or withholding of not only development aid funding but also visas, trade agreements or legal migration pathways, depending on the extent of their cooperation in the return of their nationals.

Evidence of this trend is abundant. The 2016 Joint Way Forward on Afghanistan agreement effectively tied development funding to increasing cooperation on returns of Afghan nationals from EU states. Even more so in several African countries – including Ethiopia, Niger, the Gambia and Morocco – so-called development projects have been approved in parallel with progress in the negotiations of agreements on returns and readmission. What is more, the development projects themselves often have a migration control component: for example, the success of an initiative may be measured in part according to reductions in irregular migration to Europe, while many projects offer training and awareness activities aimed at reducing incentives to migrate to Europe.

One concern here is that development aid is being redirected from poverty reduction initiatives to migration management. This has resulted in funds from the EU’s Emergency Trust Fund for Africa favouring so-called ‘origin’ and ‘transit’ countries, which have a greater migration relevance for the EU but are not the most in need of development aid. Significantly, the poorest countries often do not produce substantial numbers of migrants and are thus less ‘relevant’ to projects that link migration control with development projects.

As of 1st January 2021, the UK is no longer part of return agreements between EU and non-EU states. Although the primary result of the new asylum inadmissibility rules is likely to be even greater delays in processing asylum applications – rather than an immediate hike in deportations to so-called safe third countries – it is inevitable that the UK will now seek to establish readmission agreements with at least some third countries. A 2019 House of Lords EU Committee pape highlighted the importance of EU agreements for the UK, as they provided ‘a wider range of levers to facilitate returns’.

We are concerned that, post-Brexit, the UK will continue employ a ‘carrot and stick’ approach to secure readmission agreements, with the foreign aid budget playing a key role. This approach is already embedded in UK policy: to take just one example, UK foreign aid to funds hostels in Jamaica that help facilitate deportations as well as ensure those who are deported are able to survive on return. As Luke de Noronha writes, in these cases UK aid has become a strategy to ‘grease the wheels of [the Home Office’s] immigration policy’.

Another highly worrying issue is the lack of judicial and democratic oversight in many readmission agreements, which are usually prepared and negotiated in secret. Meetings leading to a 2017 agreement between Ethiopia and the EU on readmission procedures were conducted in private and no related documentation was shared with the European Parliament – despite huge concerns expressed by MEPs and civil society organisations about the agreement’s impact on the safety of returned Ethiopian nationals, following a leak of the draft agreement.

Huge amounts of public spending is thus rendered untraceable through this process, making it difficult to establish where and how migration control and development aid budgets have been merged. An investigation by journalists for The Correspondent in December 2019 found that it is impossible to track billions of Euro in migration-related spending in Nigeria.

Both democratic representatives and civil society organisations have echoed these concerns. The European Parliament Members’ Research Service stated in a 2016 policy document that they oppose ‘aid conditionality dependent on partner countries cooperating on readmission and return, as laid out in the migration compacts’. The issue was raised in a European Parliament debate on 14th February 2017 and 124 NGOs issued a joint statement calling for rejection of the 2016 Migration Partnership Framework and related migration compacts. Some countries – including Iraq and several West African states – have called on the EU to give more attention to voluntary rather than forced returns.

BID echoes the concerns expressed by MEPs, civil society organisations and non-EU states about the ‘carrot and stick’ approach to development aid spending, and the use of foreign aid to control migration and coerce states into readmission agreements.