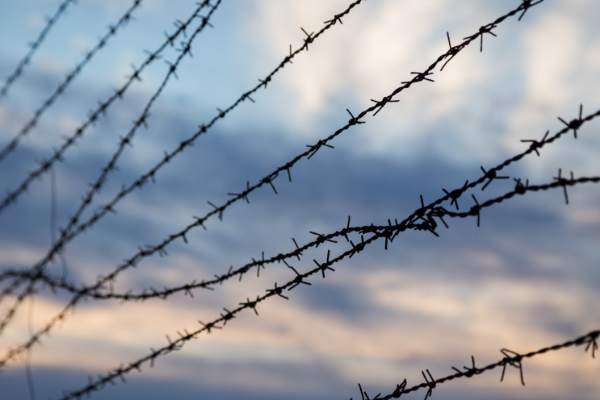 Read the report in full

The COVID-19 pandemic has had a significant impact on immigration detention. Detention is only permitted to effect removal from the UK, and only when the Home Office is satisfied that no alternatives to detention exist. Very few removals took place during the early part of the pandemic, either because of restrictions on flights in the country of removal or for other reasons. In any case, enforced removals make social distancing impossible and risk transmitting the virus across borders. Further, detention centres themselves provide fertile conditions for the rapid spread of the virus.

BID has consistently argued that all immigration detainees should be released in the context of the most serious global health crisis to have faced the nation in living memory. We have made arguments in bail hearings about the health risks to individuals of both detention and removal. In most cases, judges agreed that our clients should be released.

We provided representation in 109 bail hearings between 23rd March and 30th June, of which 1023 were granted (94%) and just 7 refused. In each case, the Home Office argued that our client should remain in detention but failed to persuade the judge in almost every case. Research carried out by BID found evidence of systematic failings in the Home Office’s approach to immigration detention which failed to take full account of the impact of the pandemic, particularly in relation to imminence of removal, vulnerability, risk of harm/reoffending, and availability of accommodation.

Having carried out this analysis we decided to follow up by monitoring the practical operation of bail hearings during this period, to assess the degree to which unrepresented applicants in particular were disadvantaged. Since March 2020, immigration bail hearings have been conducted by telephone. BID takes the view that this was a necessary adjustment given the risks of requiring counsel, Home Office Presenting Officers, judges, applicants, sureties and clerks to travel across the country, in order to be in the same room. Immigration bail hearings were prioritised by the First-tier Tribunal and this meant that waiting times for a full hearing after a bail application is lodged have remained short (with the exception of a short period in Spring 2020 where our clients were frequently waiting 2 weeks or more for a hearing).

However, the use of telephone hearings created some problems for applicants, particularly where there were problems with technology or where interpreters were required. Some clients informed us that before they contacted BID, they were denied a fair bail hearing – in some cases they were not produced for the hearing and so could not take part or respond to the reasons put forward by the Home Office as to why detention should be maintained. Given this feedback, we felt it was important to monitor the operation of these virtual hearings, particularly those where BID was involved and where the applicant was unrepresented, in order to better understand whether changes to the process had infringed on people’s access to a fair hearing.

It is BID’s view that bail hearings are already something of a lottery. Judges are given wide discretion and the matter of which judge the hearing comes before can be as important as the merits of the case. Home Office Presenting Officers (HOPOs) frequently make claims about the imminence of removal or risk of absconding or reoffending without any supporting evidence. These claims are sometimes accepted unquestioningly by a judge, while if the applicant were to make assertions without evidence, the judge would demand supporting evidence. In video-link hearings prior to the pandemic, the quality of the picture and the sound was frequently poor. In some cases our clients would complain that in video-link bail hearings they could not hear properly what was going on in the courtroom, or that there was an echo. Frequently clients held in prisons were not produced for bail hearings and unable to communicate with counsel prior to bail hearings. Even where bail is granted by a judge, unfortunately this does not automatically lead to release from detention as it can take many months for release accommodation to be sourced.

Given that an individual’s right to liberty is at stake with a bail hearing, only the highest standards of procedural fairness and access to justice will suffice. Our research continues to show that in many instances the system falls short and there are insufficient safeguards to prevent wrongful and prolonged detention. In no other context would the deprivation of liberty be treated so casually.