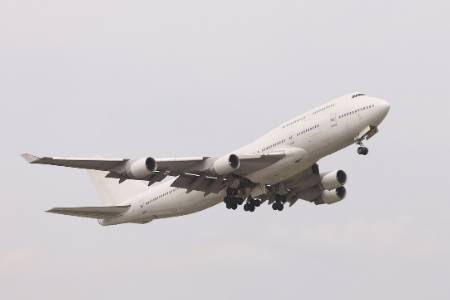 Detention and deportation during covid-19: what the figures tell us

As the Home Office continue their detention & deportation regime through the pandemic, we look at what the figures tell us
Skip to main content

It is a testament to the brutality of the UK’s detention and deportation regime that even at the height of the first wave of Covid-19, when the nation was told to protect those who are most vulnerable and deaths had reached over 1,000 per day, the Home Office continued to remove people on charter flights and lock them up in unsafe detention centres and prisons. The Home Office’s statistics for detentions and deportations between March and June this yearshow that the government continued to pursue policies that show a complete disregard for the health and safety of detainees, put others at risk, and facilitate cross-border transmission of the virus. As the UK settles into its second national lockdown, the Home Office’s plans to deport 1,000 people to European countries before the Brexit deadline and continue deportation flights despite the ban on outbound international travel look particularly cavalier.

Those making life-threatening journeys to enter the UK have been likened to invading forces and depicted as chancers trying to ‘exploit’ the UK’s asylumsystem. The use of this rhetoric is intended to justify the detention of migrants in unsafe conditions and the pursuit of a reckless policy of deportations despite the risk to detainees, staff, and the populations of destination countries. At the end of June, there were still 698 people detained pending deportation. This was down 22% since the end of March and 57% since the end of December 2019. Despite numerous callsfrom MPs and NGOs to immediately release all detainees in light of the poor hygiene and ventilation, lack of PPE for staff, and impossibility of social distancing in detention, 1819 people entered detention between 1st April and 30th June. For some groups – for example, detainees from EU countries – the numbers entering detention actually increased between March and June, compared to the first quarter of 2020.

Immigration detention is only lawful if the Home Office is able to effect removal within a reasonable timescale.  Detention has continued during the pandemic despite the impossibility of removing people from the UK. 22 countries – including some of those whose nationals together represent the majority of the UK detention population, such as Iran, Syria, Eritrea and Afghanistan – saw no returns at all from March to June. Even in the case of countries where no returns took place, such as Afghanistan, the Home Office continued to detain people from that country. 8 out of 11 Afghan nationals still detained at the end of June had been in detention for a period of four months. One had been detained for over a year.

BID’s analysis of Home Office data on returns during the first half of 2020 shows a very strong trend of a diminishing likelihood of return for those detained for longer periods. 37% of those detained for 3 days or less were deported, while the Home Office managed to remove just 10% of those who had been in detention for between 12 and 18 months. Between March and June, none of the 31 individuals detained for more than 12 months were returned, and all but one were granted bail.

The government is currently carrying out several charter flights per week to European countries in an attempt to rush through removals under the Dublin III agreement before this EU Law ceases to be applied to the UK from 1 January 2021. Alarmingly, an FOI request by the Telegraph this September revealed that Priti Patel is aiming to remove 1,000 people this way by 31st December. This so-called ‘Operation Sillath’ is in part a response to hysteria created by ministers and the right-wing press over migrant Channel crossings on small boats and includes 2-3 flights per week with with the aim of carrying up to 30 people on each. Flights are targeting channel-crossers and removing them to other European countries. Four guards are required per person and, according to a report by HM Chief Inspector of Prisons, social distancing has not been possible due to staff exercising physical control during the process, while masks and other safety measures have been given little attention.

There are approximately 400 immigration detainees in prisons – a figure that has remained relatively consistent throughout the pandemic. The urgency of this unfolding crisis cannot be understated. Most are locked in their cells for 23 hours per day, some for even longer. For most, removal is only a remote possibility. Access to justice is denied and detainees are prevented from challenging their detention or appealing their deportation because legal visits are no longer possible. According to monthly statistics the total number of prisoners who had tested positive for coronavirus since the beginning of the pandemic was is 1,529, across 89 establishments. This figure increased by 143% in October and additional 5 prisoners died in October 2020 having tested positive for COVID-19, the first deaths of prisoners since June 2020.

One BID client told BID recently that he is allowed one shower per week and otherwise he is kept in his cell, as part of the new restrictions. He has now told us that he has contracted Covid-19, as have others  on his wing. He has twice been granted bail but hasn’t been released due to the Home Office’s failure to source an address. Two other BID clients held in different prisons have also contracted Covid-19, one of whom has been hospitalised. We are deeply concerned about the mental health implications of treating people this way and the rapidity with which coronavirus is spreading within prisons.

As a second wave of Covid-19 grips the UK and promises to be more devastating than the first, it is clear that the government must act now to release all immigration detainees. If these people were British, they would not be detained. They cannot be removed either at all, or safely. They must be released. For those who are held in prisons, this demand is especially urgent. To continue on its current trajectory of mass detention and multiple weekly charter flights would be utterly reckless, undermining every attempt to control the virus and save lives.