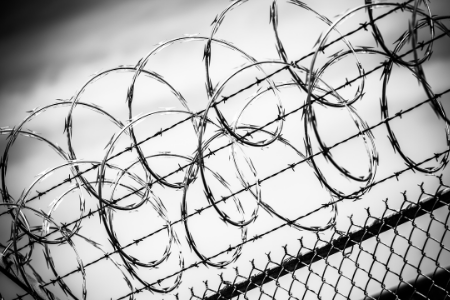 The shifting landscape of immigration detention: Our response to the latest HMIP report

As immigration lawyer Tom Nunn has pointed out, we should not be distracted by Home Office fantasies of offshore detention centres. Our scrutiny must be focussed on existing places of detention in the real world. HMIP’s report into the UK’s increasingly ad-hoc places of detention is cause for serious concern.

People arriving on the shores of the UK following traumatic journeys are immediately arrested by immigration officers and herded like cattle through a string of places of detention, where at every stage they are degraded and dehumanised.

Tug Haven, a detention facility in Kent close to the location where people arrive, wet and cold, is where people are taken first. It was found to be “exposed to the elements”, “resembled a building site” with “rubble strewn around”. Hot drinks ran out because a single household kettle was being used to make them. The chemical toilets “quickly became dirty and smelly”. Pictures in Kent Live reveal a cramped area with metal shipping containers and a gazebo, with bin bags littered around the site, and a filthy temporary toilet.

Similar squalor was revealed at the Kent Intake Unit, where toilets “continued to have no seats or lids and could not be locked. Sanitary products in the women's toilet at KIU were stored in an unhygienic condition and the sink was not in use… hand sanitiser and wipes were only made available after we pointed out that the women needed to be able to clean their hands”.

Shockingly, at the Kent Intake Unit, HMIP also found that children were being detained.

Welfare interviews “were perfunctory and demonstrated little exploration of the children’s welfare.” Children’s care plans “were largely tick-box in format, and we saw little documentation of care.”

HMIP became aware of four cases where children had been mistaken as adults and were placed on a coach to adult detention centres, including in one case that occurred during the inspection where an individual who was ‘clearly a child’ was not identified as such until he had been transferred to Yarl’s Wood. Such a lack of care for children’s welfare is truly astonishing.

Access to legal advice was practically non-existent. In Yarl’s Wood immigration removal centre, which has now been “repurposed” as a short-term holding facility, HMIP found that “none of the detainees interviewed knew how to access legal support.”

An equally troubling and dehumanising aspect of people’s treatment by the Home Office was that they receive no explanation as to what is happening, where they are, the reasons for their detention, where they are being transferred to or why. IS91R forms, which provide the reasons for detention, were “often inaccurate, or not completed in full” and not explained to people in a language they understood. Those released on bail also did not have this explained to them. Interpreting services were barely used except for “abridged” initial asylum interviews. People at Yarl’s Wood “had little understanding of what was happening to them or even where they were”.

Equally, the lack of curiosity shown by the Home Office towards the people that they are arresting, incarcerating and moving around the country is striking. The report is damning about the complete lack of screening for vulnerability of people who have not only fled situations of persecution but made life-threatening journeys at sea. The Home Office stays clear of questions that might elicit disclosures of awkward information, such as a history of torture or human trafficking or vulnerabilities that would need to be addressed, and might slow down the Home Office’s removal machine.

For instance, the report found that in Kent, people “were regularly interviewed in the early hours of the following morning while they were still exhausted following arduous journeys. This meant they would have been less likely to disclose sensitive information, hampering the identification of safeguarding needs. Most detainees were no longer asked standard questions on their asylum claim, when they might have disclosed such needs, and interviews were short”

The Home Office is required to make a referral into the National Referral Mechanism (NRM) in relation to any potential victim of human trafficking, so that this can be investigated further and the victim can receive support. At Yarl’s Wood the inspectors found that “No NRM referrals had been made in the 3 months to August 2020. During the same period, only 45 detainees were identified as adults at risk, about 3% of the population held”.

Such disclosures might prove to be awkward for the Home Office and would obstruct the operation of its mass deportation programme.

Not only does the Home Office’s treatment of the people it is detaining lack basic dignity, it creates problems months later when the Home Office seeks to remove people on charter flights. Key information relating to vulnerability has been ignored, people have been denied the opportunity to seek early legal advice, and the entire process that they are subject to is deliberately mystified. It is little wonder that people are forced to lodge desperate last-minute legal claims. This state of affairs is in nobody’s interest and is the direct result of the litany of eminently preventable failings uncovered by HMIP.