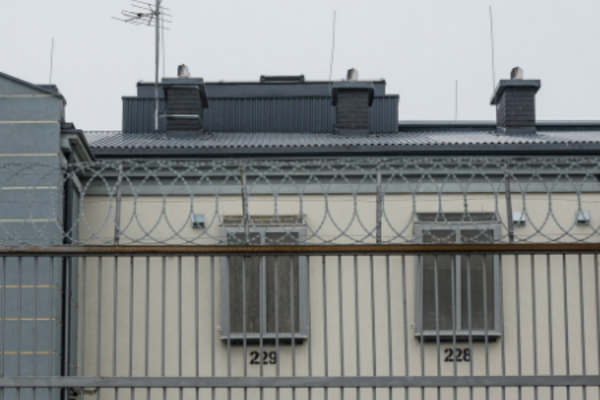 As Black Lives Matter protests continue across the globe, the nation’s attention has turned to the corruption of the UK’s prison systems. In a country where 15% of those incarcerated are held in private prisons, the corporatisation of a system which exploits prisoners for profit has become a focal point of the justice movement in the UK.

In the US, the prison industrial complex is built on a foundation of corporate greed. Profit has become a key motivation behind incarceration as multi-billion dollar companies continue to accumulate wealth thanks to privatisation and mass incarceration. Here in the UK, the prison industrial complex conforms to a similar blueprint since its imitation of the US complex began.

Britain was the first European country to introduce private, for-profit prisons and has since created the most privatised system in Europe. Fourteen of the UK’s prisons are now privately owned, run by three of the largest corporations in the country; Serco, G4S and Sodexo. In privatised prison systems, investment into rehabilitation is next to nil as the complex focuses its investments on the maintenance of the complex. In these systems, profit is central to the purpose of a prison's existence as private companies reap the financial gain of prison labour.

Each year, thousands of prisoners are employed to produce goods for such companies and perform menial tasks such as packing boxes. Although it can be argued that giving prisoners the opportunity to work is positive, the motives behind the demand for prison labour continue to uphold the capitalist ideals of growth and expansion, turning incarceration into an industry of its own that benefits from the imprisonment of human beings. According to Angela Davis, mass imprisonment “generates profits as it devours social wealth, and thus it tends to reproduce the very conditions that lead people to prison”.

Analysis carried out for the Lammy review discovered that the UK’s prison industrial complex disproportionately impacts Black people. Relative to their proportion to the country's population, Black people are four times more likely to be in prison than white people; despite making up just 3% of the UK’s population, they make up 12% of the UK’s prison population. This research for the Lammy review also discovered that Black men are 26% more likely to be remanded in custody and nearly 60% more likely to plead not guilty. According to a parliamentary report on BAME disproportionality in the Criminal Justice System, between 2014 and 2015, people from all BAME groups were twice as likely as white people to be stopped and searched. In the same year, Black people were also three times more likely to be arrested than white people.

The prejudice against minorities and the trend of using incarceration for profit does not end at the doors of the prison industrial complex. The UK’s immigration system is following a similar pattern and since the 1990s, there has been a significant increase in the number of detention centres and immigration removal centres across the country, without any form of time limit on immigration detention. The UK has seven long-term detention centres which are run by G4S, Serco, Mitie and GEO group. According to a paper by the Refugee Studies Centre, the distinction between detention facilities and prisons has been described as “tenuous at best” as the treatment of individuals in each facility is almost indistinguishable. As seen in the prison industrial complex, individuals in detention facilities are exploited for profit; the GEO group is reported to have saved up to £727,000 in under three years by using detainees, who were paid just £1 an hour, as slave labour. A 2018 report conducted by Corporate Watch estimated that detainee labour generates huge profits for the industry, saving them an average of £3 million per year by employing detainees to maintain their own facilities. This report found that the average profit rate within private detention facilities was around 20%. In 2015, Corporate Watch also reported that these facilities were allowed to ‘self-audit’ their own performances with minimal intervention from the Home Office, allowing them to avoid scrutiny and continue to cut costs by under-funding and under-staffing facilities for the sake of accumulating wealth.

At the expense of the most vulnerable, outsourcing and privatisation has allowed large corporations to generate huge profits while flying under the radar of the Home Office and avoiding scrutiny. At the centre of these systems are people of colour who find themselves exploited by the prison industrial complex and immigration detention facilities, for the sake of saving and making money. For large corporations, this exploitation is a booming industry with record profits reported year on year, however, the treatment of those behind the labour is poor. This is unacknowledged by the government which has been able to wash its hands of human rights abuses and shun responsibility by outsourcing such facilities to private corporations. One such example is the 2017 BBC Panorama investigation which revealed extensive mistreatment within Brook House detention centre, run by G4S. Self-harm, abuse and violence was rife across the facility, leading to suicide attempts. Rather than tackling the issues at the core of detention centre injustices - with greed and corruption playing a significant role - the government simply allowed Serco to take up the contract instead.

As immigration detention follows in the footsteps of the prison complex, we are also given a disturbing insight into the way ethnic minorities are valued. The way these systems are run values minorities only for their capitalistic value; this is a notion perpetuated in the UK’s immigration system which restricts entry to migrants who lack certain skills or fail to meet desired financial thresholds. Ultimately, the message reinforced by the treatment of minorities in these systems is that BAME lives and rights are meaningless unless they can generate a profit for large industries. Bringing an end to the corporatisation of prisons and immigration detention facilities is key to the Black Lives Matter movement.

This article was written by Bethany Morris, a content writer for the Immigration Advice Service; an organisation of immigration lawyers based in the UK and Ireland