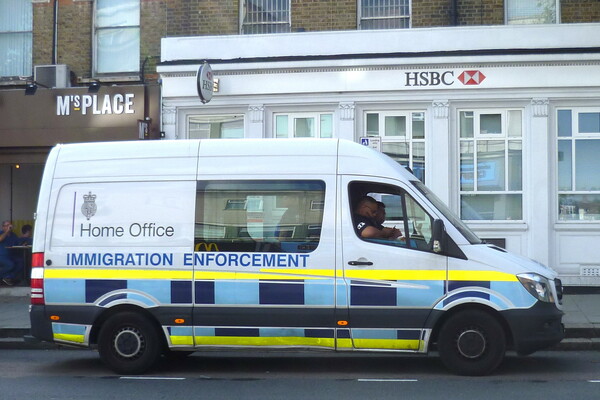 Our response to the Home Office's political position paper justifying its use of immigration detention.
2 Jul 2020
Immigration Removal Centres, Policy and Research, Prisons

The Home Office has published a political position paper (which it describes as a ‘blog’) to justify its use of immigration detention and the lack of a time limit. Unfortunately the document contains numerous inaccuracies.

1. The Home Office says: “Decisions to detain are made on a case-by-case basis, in each case, there must be a realistic prospect of removal within a reasonable timescale.”

In many cases this is simply not true. People are often detained under immigration powers while their cases are still being considered; while appeals are still pending or being heard; when no travel documents are available; or when arrangements for their removal have not been made.

Data gathered by us through Freedom of Information (FOI) requests found that in 2018, 3,598 people were detained on reporting – in other words, in the very act of complying with their immigration bail conditions. Of those, only 600 (17%) were removed from the UK[1] at the end of their period of detention. That means that 83% of people detained upon reporting in 2018 were simply released again at the end of their period of detention. These figures graphically illustrate that the Home Office frequently uses detention when it is not in a position to effect removal and that it does so even when the individual is fully compliant and remaining in contact with the Home Office as required by their bail conditions.


2. The Home Office says: “Those detained can apply to the courts at any time for bail from detention.”
This is not true. A person has a right to apply for immigration bail no more than every 28 days unless there is a significant change in their circumstances. However, unlike for those remanded in custody in the criminal justice system, there is no automatic bail hearing at the outset of detention which means an individual has to know about their right to apply for bail and either has to have a lawyer to apply for bail for them, or has to apply for bail themselves.

Despite immigration detention being an administrative process, even those who are held for suspected terrorism offences can only be held for 28 days before being automatically brought before the courts to have their detention reviewed.

Immigration detainees have no automatic right to the lawful review of their detention. They can only challenge the legality of their detention by applying for judicial review. These cases are highly complex and require the assistance of a lawyer. All this must be done without the Home Office needing to disclose its evidence or all the information it holds for justifying its use of detention. Subject Access requests can be made but these often take many months to be received. By the time people are able to challenge the lawfulness of their continued detention by way of judicial review they have normally already been held unlawfully for weeks or months. This is why the Home Office is forced to pay millions of pounds every year in damages for unlawfully detaining migrants – in the last year the figure was £8.2 million[2]. These cases are likely to represent the tip of the iceberg as most detainees do not have access to the quality legal representation required to challenge the lawfulness of detention.

3. The Home Office says a time limit is not needed as: “We are held to account on this by the courts, and by a series of safeguards that ensure proper scrutiny of decisions to detain, and on-going detention.”

The Home Office routinely declines to respond to requests for the disclosure of evidence that it relies upon to detain people. It carries out a monthly internal review of a person’s detention that is meant to assess whether or not a person’s detention is necessary or lawful. Yet it does not automatically disclose this review. It makes claims that a person it holds presents a risk of harm or of reoffending and yet it does not provide the courts or the person it detains with this evidence (see BID’s report ‘A Risky Business’). It makes assertions about risk that are contradicted by the evidence when this is finally disclosed. In this way it is able to hide from scrutiny and escape true accountability.

True accountability would allow for initial and regular independent judicial oversight of the use of detention. But the Home Office consistently opposes this. It is able to do so since administrative detention is just that, and as such it is used for the convenience of the state and not with the protection of a person’s right to liberty in mind.

4. The Home Office says: “The law does not permit indefinite detention’. There is no time limit to immigration detention. Indefinite is another way of saying ‘indeterminate’.

In criminal cases people who commit serious crimes may be issued with indeterminate sentences, usually with a minimum tariff set and a review following a minimum period of sentence being served. Immigration detention is indeterminate.

5. The Home Office says a time limit would “severely limit the Government’s ability to use detention as an effective means of maintaining lawful immigration control” and it would “encourage those who seek to frustrate the removal process to run down the clock until the time limit is reached and release is guaranteed, regardless of the proximity of removal and the facts of the case.”

This statement is disingenuous. Individuals are routinely detained when there is no prospect of their removal and when their cases are ongoing. Government ministers have implied that its use is aimed at encouraging people to leave the UK i.e. as a coercive measure.

6. The Home Office claims a time limit would lead to people ‘running down the clock’ in order to get released. However it provides no evidence to suggest that this would actually take place. This type of argument is yet another reflection of the pervasive culture of disbelief within the Home Office, which led directly to the Windrush scandal. Nor should the government seek to justify the indefinite detention of many thousands of people every year on the basis of the presumed actions of a few.

If detention were truly to be used for the purpose of removal then there would be no problem in having a time limit, because the Home Office would have ensured that an individual has removal directions and had exhausted all their appeal rights. The fact is that immigration detention is routinely used for the convenience of the Home Office at the expense of an individual’s precious right to liberty.