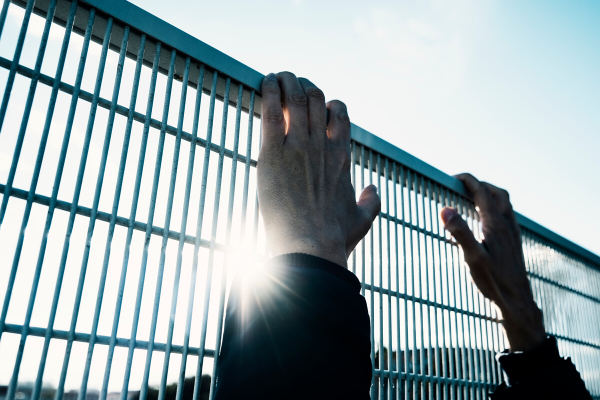 On 14th March, Bail for Immigration Detainees (BID) and 9 other organisations signed a letter to the government calling for the release of all immigration detainees due to the coronavirus. The letter highlighted the unsafe conditions in which migrants are held and the “very real risk of an uncontrolled outbreak of Covid-19 in immigration detention.”

The Home Office refused, claiming to be following all necessary Public Health England guidelines to safeguard the health of staff and detainees. Just one week later, a woman in Yarl’s Wood detention centre tested positive for the virus. On 2nd April, a man who later tested positive for Covid-19 was admitted to Brook House detention centre. BID has heard from clients in detention that hygiene and ventilation is poor, staff do not wear protective equipment, and social distancing is impossible. Many are understandably terrified. Our clients report that they only learn about Covid-19 and its implications through the TV and speaking to other detainees – there has been very little communication from the Home Office or outsourced detention centre staff.

“It is really affecting me because I don’t sleep, my nightmares have come back and I don’t sleep at night at all,” said our client, *David. “It is really upsetting me… I’ve got three girls [and] one grandson. They feel bad that I am here… and I am really really worried about them.”

The government has the power to immediately release these individuals at a time when delay could cost lives. Other countries have used this power to act decisively and in accordance with the advice of the EU Commissioner for Human Rights, who has called on all member states not to detain individuals who they are unable to remove, and to immediately release those currently held under immigration powers.

Spain was among the first to start emptying their detention centres, almost immediately after declaring a national emergency. On 3rd April, the Spanish Interior Ministry announced that it was going further and would release all individuals held in the country’s seven immigration removal centres within a matter of days – highlighting the impossibility of enacting social distancing measures within immigration detention. Despite implementing lockdown measures across the country from 23rd March, the Home Office has continued to admit new people to detention centres.

Like every European country except for the UK, there is a specific legal time limit on immigration detention in Spain: an individual must be released after 60 days if they have not been deported. Under UK law detainees must be released unless their removal is ‘imminent’, but in practice the Home Office is continuing to detain individuals from countries which it has already declared it will not be able to deport to due to the ongoing crisis.

Judges in the UK clearly don’t think people should be in detention: since 20th March, BID has made 34 bail applications for detainees, of which 33 have been granted. Many of those who remain detained may be able to bring damages claims against the government at a later date. The Home Office’s use of detention is frequently unlawful: between 2011 and 2019 the government paid over £43m in damages to detainees.

Other countries have taken steps to dismantle other aspects of immigration enforcement in order to ensure the protection of both migrants and society as a whole. Portugal’s government announced on 2nd April that all those with a pending residency application will be granted full citizenship rights until at least the end of June. As a spokesperson for the Interior Ministry said, “[p]eople should not be deprived of their rights to health and public services just because their application has not yet been processed.”

In Ireland, another country hit far less severely than the UK, a firewall has been set up so migrants can access healthcare and social welfare services without fear – whether they have status or not. The government has guaranteed that these services will not share people’s data with the Department of Justice and Equality or the National Immigration Bureau. The government has also established a Covid-19 Pandemic Unemployment Payment for those who have lost their job due to the outbreak and have stated that all workers are eligible, irrespective of their legal status.

Portugal had announced just 210 deaths from Covid-19 at the time their policy was implemented. The UK has recorded over 13,000 deaths from the virus to date, yet the government continues to hold people in environments where the risk of transmission between detainees, staff, and the wider community is high – while continuing to ensure that the hostile environment bars undocumented migrants from accessing healthcare and other basic services. Spain, Portugal and Ireland show that this needn’t be the case – the UK should follow suit.