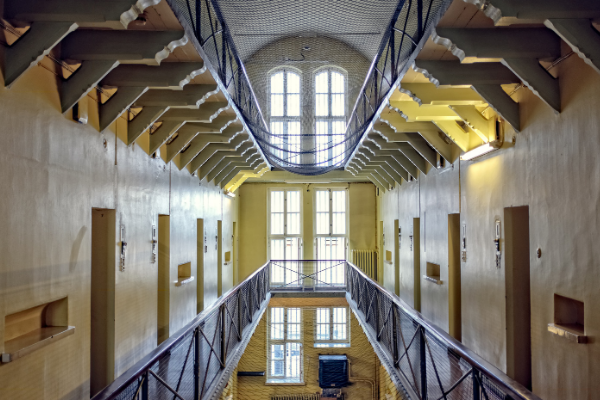 The documentary shows G4S detention officers verbally and physically abusing people detained at Brook House IRC. Staff are shown using racial slurs, mocking detainees, and bragging about hurting them. In one shocking incident an officer choked a detainee who was on suicide watch, before conspiring with other staff members, including nurses, to cover up the incident. Neither the Independent Monitoring Board (IMB) nor HM Chief Inspector of Prisons (HMCIP) was aware of the systemic abuse despite having inspected Brook House during that period. Home Office staff were also present in Brook House at the time.

The Home Office has reluctantly agreed to launch a Prisons and Probation Ombudsman (PPO) investigation into staff misconduct at Brook House. The claimants argue that this does not comply with Article 3 of the European Convention on Human Rights, the right not to be subjected to inhumane and degrading treatment. A PPO investigation would not compel witnesses to attend and doesn’t provide for sufficient involvement for victims.

A report recently published by BID reveals similar abuses throughout the UK detention system. Following the Panorama documentary, G4S commissioned Verita to conduct an investigation into the conditions at Brook House. At the request of Verita, BID carried out a series of interviews with clients detained at Brook House during the documentary filming. However, we remained concerned about conditions and treatment of detainees in other centres.

We conducted interviews with 89 immigration detainees held in 6 detention centres across the country. Detainees reported many serious issues including racist abuse, the arbitrary use of segregation, poor access to medical care and a culture of disbelief among medical staff, violence, bullying, and staff indifference to detainee self-harm. A detainee at Colnbrook said, “I’ve seen people try to kill themselves. But whatever they’re doing, no one is there to really talk to them.”

Detainees protested at being treated like criminals, though many said their experience of prison was better than immigration detention. A detainee at Harmondsworth said, “I don’t have a visa, I have been refused asylum. But they treat me like I’m a violent criminal.” Another individual detained in Colnbrook said “I think prison is better than here, this place is like mental torture – some people here don’t know when they’re going to get deported or released. Detention is far worse than prison because [in prison] you know when you’re going to get out.”

Current oversight mechanisms are not enough to identify or prevent abuse. Very few detainees interviewed knew about the complaints procedure at their IRC. Of the 22 who had submitted complaints, 17 said nothing had been done to resolve their issue. Some reported being harassed by staff members after submitting a complaint, while others said they did not complain out of fear of punishment by the Home Office or IRC staff.  A detainee at Brook House said, “If you make a complaint about the staff, they will make your life hell, and you worry that it may damage your case.”

Another detainee at Yarl’s Wood experienced similar staff hostility. They said, “They [the staff] been rude, because they think you’re an illegal immigrant, who are you going to complain to…”

The BID report,"Nothing good comes from detention: Voices from Detention” reveals the urgent need for increased scrutiny and transparency. It is evident that abuse and ill-treatment is endemic in immigration detention, and a full independent inquiry into BBC Panorama’s revelations is absolutely necessary.

By Erika Loggin, a BID volunteer