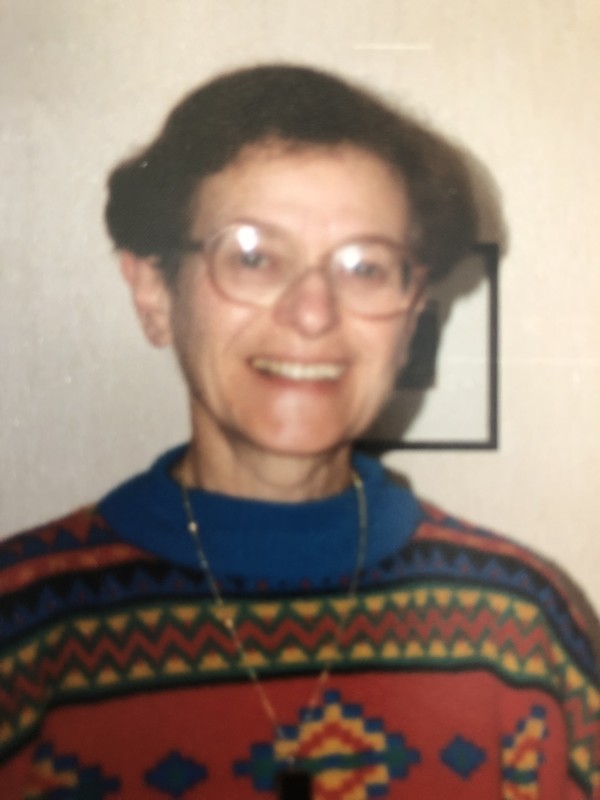 We pay tribute to Ilse Boas, one of BID’s first volunteers, who gave so much to ensure that BID could continue its work.
Skip to main content

We want to pay tribute to Ilse Boas, one of BID’s first volunteers, who gave so much to ensure that BID was able to do the work it was established to do in its very early days.  BID would probably not have survived had it not been for Ilse’s and others’ indefatigable efforts and total commitment to the cause.  Ilse died in May 2019 but we only found this out recently.  Thanks to her godson Nick Busing and his wife Cathy Aitken for their moving description of Ilse’s early life.

Ilse was born in Berlin, Germany on November 18, 1925 to a Christian father and a Jewish mother.  It was not a good time to be coming into the world in Europe with that heritage.  But Ilse’s early childhood was happy.  She was blessed with loving parents and an older step-sister.  Unfortunately, early in 1938, Ilse’s father died suddenly.  With his loss, and the rise of Nazism, life became more difficult for Ilse and her mother.  Despite being raised Christian, Ilse was labelled Jewish under Hitler’s laws.  Her childhood friends, and even her step-sister, distanced themselves from Ilse, and she became isolated at school and in her community.  The Nazis confiscated the Boas’s family home and sold it to a non-Jewish family.  Years later, Ilse would return to that home, introduce herself to the elderly lady who had lived there since the war, befriend that woman, and forgive her for having benefitted from the terrible wrong that was done to Ilse and her mother.

In 1939, when Ilse was only 13, her mother sent her to England on one of the Kindertransport.  Throughout her life, Ilse retained the memory of her being the last child at Victoria Station in London to be collected on the day she arrived.  She was not placed with a family but instead was sent to a boarding school.

Thankfully, Ilse’s mother, Frieda, was able to get to England in August 1939 and, eventually, the two of them were able to get their own flat and embark on their life together in London.   With the help of a kind and generous English family, Ilse managed to get an education.  She first obtained a social work diploma and then a university degree in economics.  She worked most of her career at the London School of Economics and eventually was responsible for organizing the university’s timetable of courses, a very challenging endeavour.  After Ilse retired from LSE, she was happy to put her administrative talents to work with various non-profit organizations, including BID.

In BID’s early days in 1998 and 1999, Ilse turned her hand to whatever was needed administratively to ensure the organisation was able to operate – the volunteer lawyers were busy challenging the Home Office, but someone needed to make sure the organisation had a strong base and was financially able to do its work.  She took on the role of administrator/book-keeper/fundraiser and continued until the organisation was able to function with a few part-time paid posts.  It’s not an exaggeration to say that Ilse and others laid the foundations for the strong and vibrant organisation that BID has become today.

In later years, she never failed to attend a BID AGM, and from time to time sent us donations when she could afford to.  She also ensured we received a regular donation from St James’ Church, Piccadilly, of which she was a member of the congregation.  These regular grants and donations were critical for BID in the early years, when the survival of the organisation depended on the arrival of a grant and on the generosity of its supporters.

Tim Baster, BID’s founder said: “Ilse was absolutely key to BID's success in the early days. Perched on the edge of the (only) BID desk, she ran the finances of BID (such as they were) with iron determination. Ilse carefully noted every financial transaction in a formal accounting ledger in her immaculate handwriting. She also did the high-pressure work of reviewing funding applications before they went out.  Around her, volunteers worked their socks off to prepare bail applications for the many detainees who could not obtain representation in court. The noise of telephones, tense conversations with Chief Immigration Officers, and the constant whirr of the fax machine must have been a less-than-soothing background music to her work which required such precision and care! She was a hero.”

We thank Ilse for all that she did for BID and she will remain in our hearts.