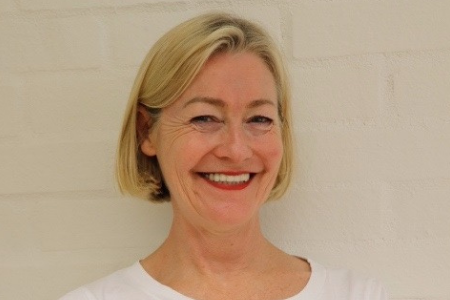 Annie Campbell Viswanathan was today announced as BID’s new director. She is set to join the charity in January 2021 and brings with her fifteen years of experience of campaigning on human rights. Her appointment follows the news that Celia Clarke will be stepping down as director after leading the charity since 2005.

As an immigration lawyer herself, Annie has worked at several migrant rights charities including Refugee and Migrant Justice (RMJ), Asylum Aid, Camden Community Law Centre and latterly with North Kensington Law Centre as their Director.

Throughout her legal career she has specialised in representing clients with particularly complex cases from initial application to the Court of Appeal and has become a fearless advocate for their rights.  During this time she has worked with many clients detained under immigration powers in prions and removal centres and is deeply committed to BID’s vision of a UK in which no one is subjected to immigration detention.

“I feel really privileged to have been appointed as the new Director of BID.  I bring to this position a deeply held belief that every human being is entitled to be treated with dignity and respect and that detaining someone for administrative purposes is both counterproductive and demeaning for the detainee as well as the detainer. I am aware that I have big shoes to fill and Celia leaves behind an enormous hole, having transformed BID into the effective and highly respected organisation that it is today.

BID operates within a system that has deeply internalised its hostility to migrants.  I want to build on Celia's legacy by working within this very talented team to challenge the underlying prejudices that legitimise immigration detention and to advocate for the end to this inhumane practice.”

“The trustees of BID are delighted that Annie has accepted the role of Director at BID.  Annie has many years of experience in the immigration sector and shares BID’s passion and determination to end immigration detention.  After 15 years leading the organisation Celia’s departure marks the end of an era but we are confident that Annie will take BID from strength to strength as we work towards our goal of ending immigration detention entirely.”